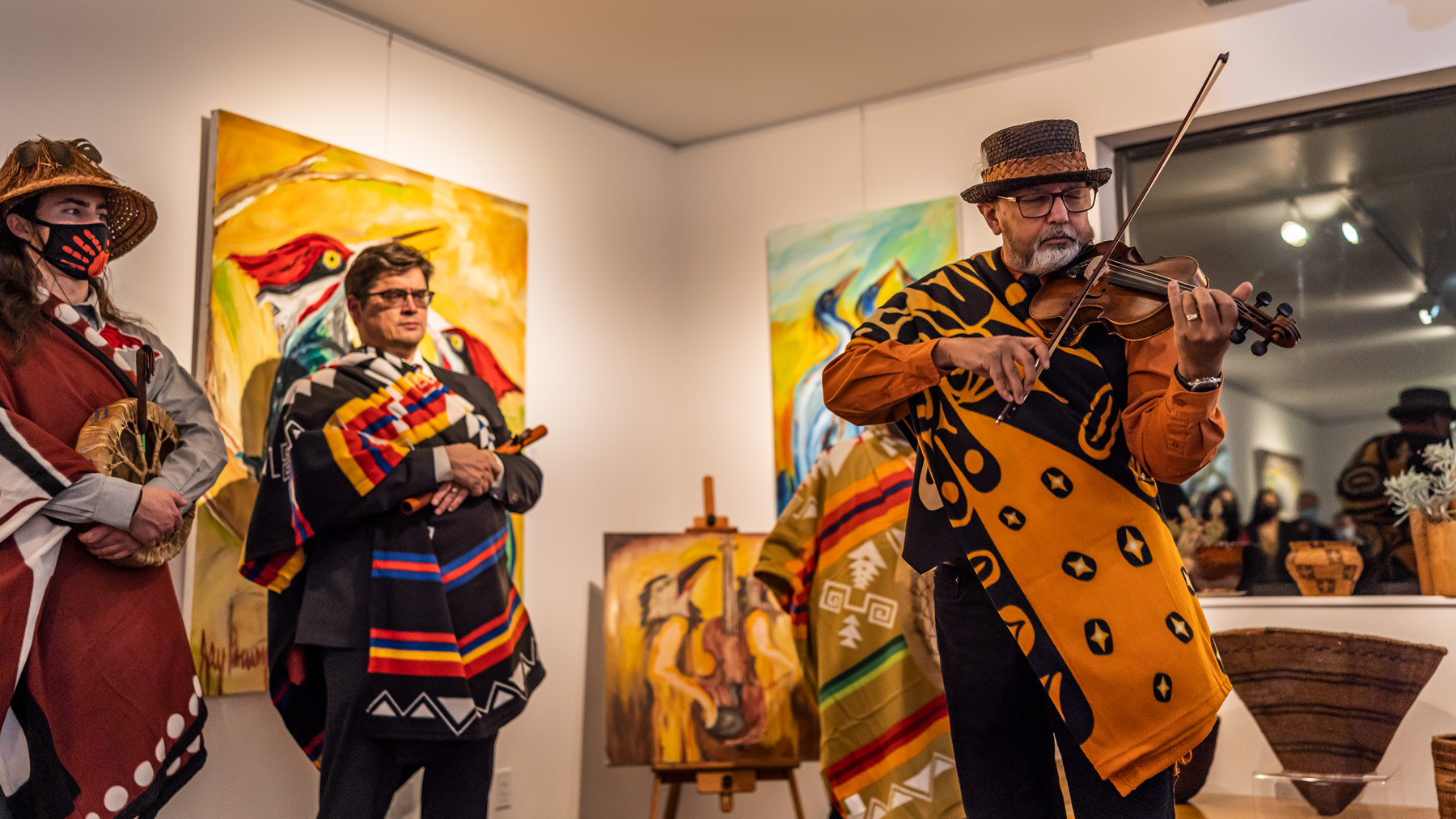 Jay Bowen’s art show, Spirit Helpers of The Ancestral Realm opened last night at Cassera Arts in Stanwood, WA last night to great fanfare. Commencing with a blessing by a Northwest Coast First Nations Holy Man accompanied by violin played by Swil Kanim a drummer, and a brother of Jay’s who played the flute—beautifully at that.

I have to say that that is the way art should be celebrated! The blessing esteemed arts place and impact in our world. The Holy Man acknowledged the ground beneath the gallery, and the place we now call Stanwood. He said the name of the place—which I don’t recall. Each of the tribal elders present made statements, including Dave Cassera who welcomed everyone to the gallery.

Once the ceremony was done the show pretty much progressed as most show openings go. Several paintings sold early in the evening amidst the general excitement.

Photographically, this was a bit of a challenge. To keep my impact on the ceremony to a minimum I switched to silent mode on my Sony a7iii which unbeknowst to me turned off the anti-flicker mode in the camera resulting in telltale banding from the flourescent lights. A few shots don’t show the banding as much but it made a lot of the shots unusable.

On a few, they’re obvious but look intentional. Good to know in the future. In the gallery of images below the bands are most visible in the photo of Dave Cassera. 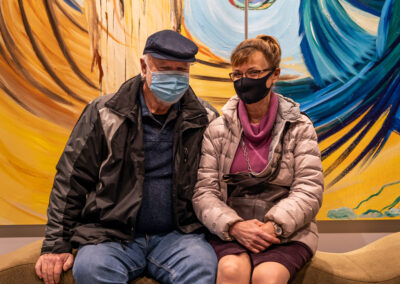 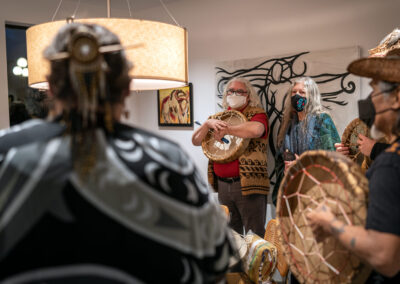 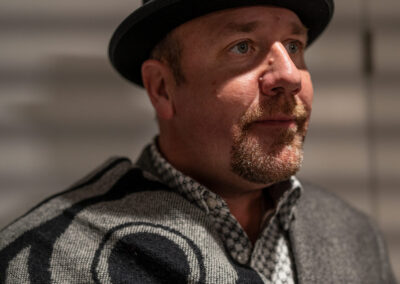 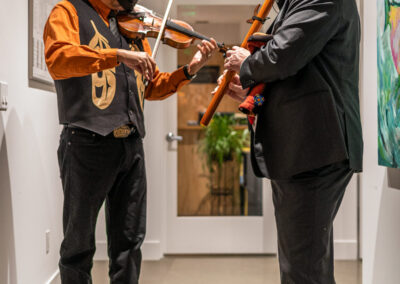 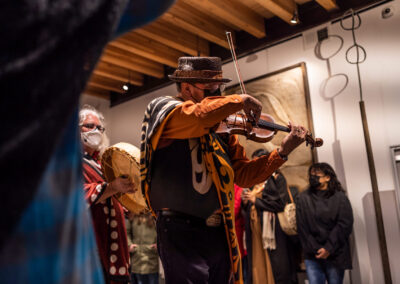 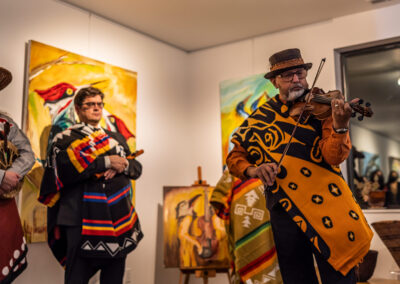 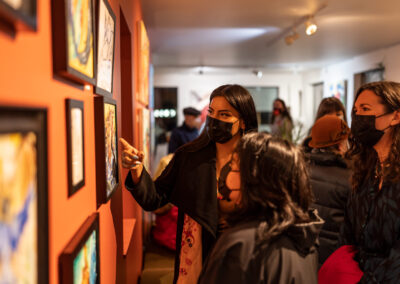 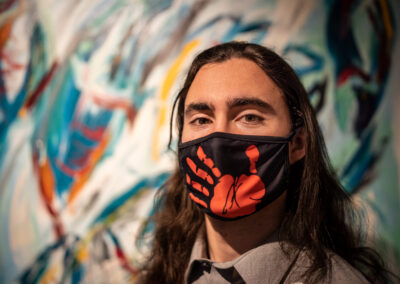 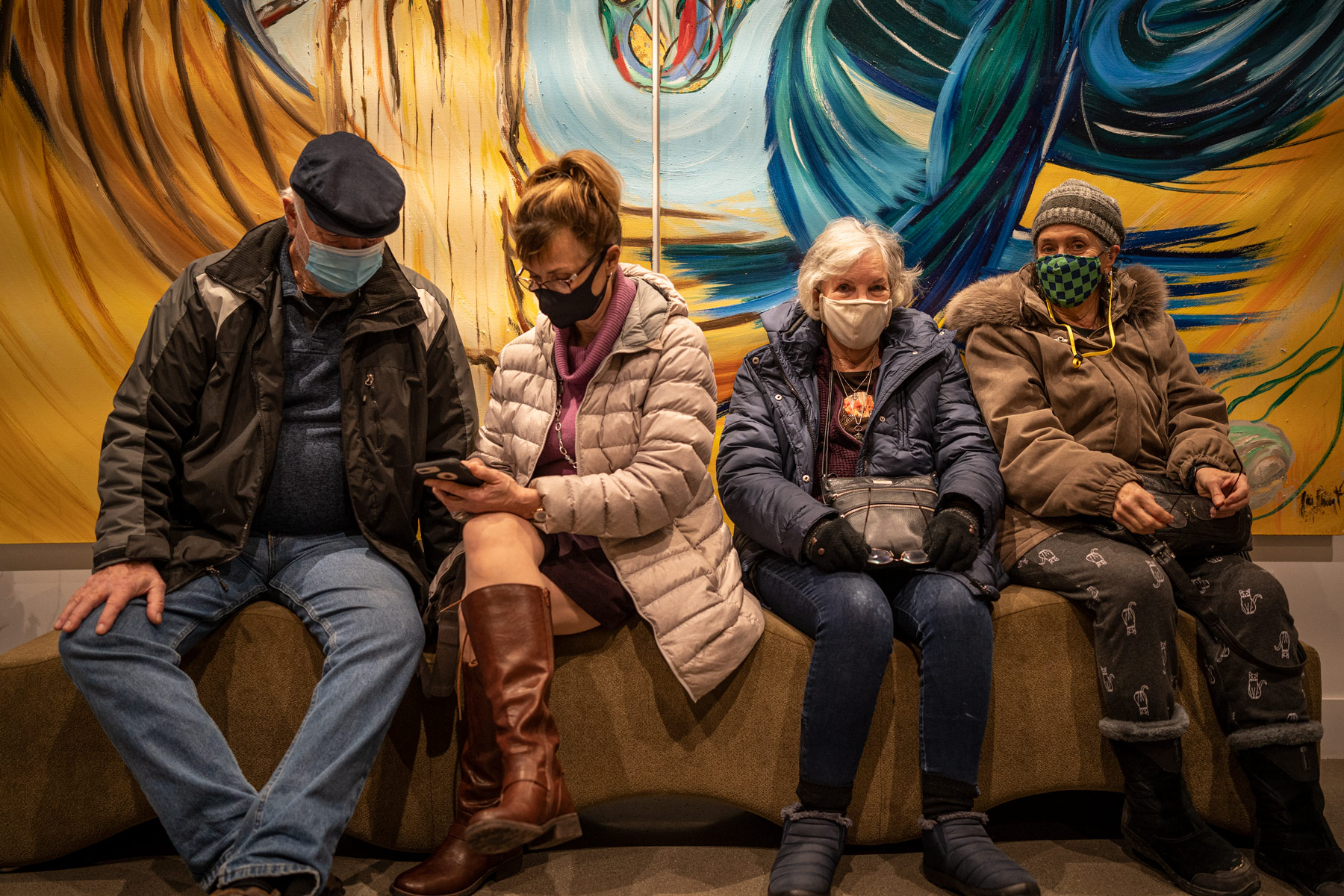